Presenteeism is the term used to describe the loss of productivity that occurs when employees are unable to perform their duties at work due to illness, accident, or another condition. Even if the person is physically present at work, they may be unable to properly perform their responsibilities and are more prone to make mistakes. Despite the fact that presenteeism is not recorded like absenteeism, the costs of presenteeism have been estimated to be higher in actual terms, as employees with longer-term illnesses experience persistent declines in output. It’s crucial to remember that employees who contribute to presenteeism are trying their hardest but are physically or mentally unable to do so.

Presenteeism is thought to be common in most workplaces, even though it is a topic that is not often discussed. Employees frequently show up to work even though they may be feeling ill, experiencing physical or emotional pain, or are going through some stressful situation that is affecting their ability to focus. In these situations, employees are attempting to work despite their particular problem and the result is a less productive work day than that employee can typically deliver. As the employee is present and working, it is difficult for managers to see the productivity gap as clearly as when an employee is absent from work.

Amy Farler, a transmission component designer at International Truck and Engine, has been suffering in silence for years. She missed a day of work every now and again when an allergy-related sinus headache turned into a full-fledged migraine. But, for the most part, she went to work and quietly dealt with the congestion and discomfort brought on by her seasonal allergies. “Sometimes it feels like you wouldn’t mind if your head rolled off your body,” says the 31-year-old engineer, who works with 3-D models on a computer screen for the majority of her day. “You’re feeling choked and foggy.” You want to close your eyes because of the pressure. It’s difficult to concentrate. You just muddle your way through.”

It’s difficult to recall a time when individuals worked at least 40 hours per week in a physical office (and often even longer to impress the boss). However, in the pre-pandemic workplace, ‘presenteeism,’ or staying in your seat at work only to appear dedicated, no matter how ineffective, was a common occurrence. Before the pandemic, a survey in the United Kingdom found that 80% of workers stated presenteeism occurred in their job, with a quarter of those polled stating it had gotten worse in the previous year.

Remote employment, on the other hand, has given bosses and employees alike an overdue opportunity to rethink this engrained presenteeism. We’ve known for a long time that presenteeism is a problem:

Want to know more? Feel free to send us an email at info@holifit.ph.

Studies have shown that proper employee engagement can generate as much as 33% savings from lowered attrition alone.

Start by scheduling a no-pressure consultation.

A survey found that 87% of employees consider health and wellness offerings when choosing an employer. COVID-19 has changed everything about how we work, including…

“Yoga can also lower blood pressure and reduce insomnia.” The purpose of yoga is to help with building our strength, awareness, and harmony in both…

Start seeing as much as 33% savings from lowered attrition alone with proper employee engagement.

Start by scheduling a no-pressure consultation.

Get your FREE pricing catalog

Get our FREE pricing catalog & see why other organizations see our employee engagement program as a good overall investment. 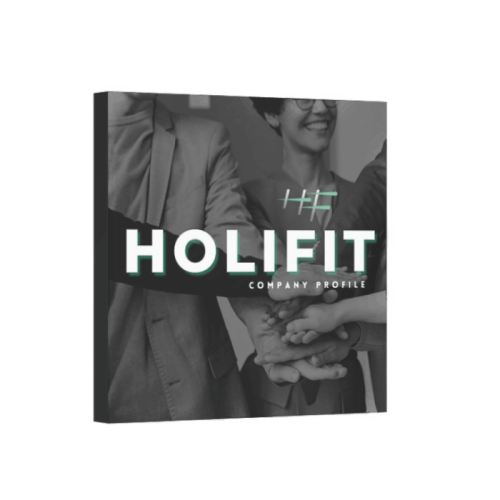 Get our FREE pricing catalog & see why other organizations see our employee engagement program as a good overall investment.